The Widener University Art Collection and Gallery is a unique campus and community resource for students, staff, and the public.

Thank you for visiting our site. The Widener University Art Collection is temporarily unavailable for viewing during campus renovations. We apologize for any inconvenience.

The permanent collection of the Widener University Art Collection and Gallery includes the work of 19th century American and European painters, as well as 18th and 19th century Asian art from the Alfred O. Deshong collection.

Deshong was a wealthy Chester industrialist who acquired his collection at a time when Japanese art and design began to influence the style of Western artists.

The collection also includes photographs and memorabilia that once belonged to the Deshong family. In addition, the gallery features the works of American Impressionists Edward Redfield, Robert Spencer, and George L. Noyes, as well as pieces donated from the Rilling Collection of African art.

The story of the Deshong family in Chester, Pennsylvania, begins in the middle of the eighteenth century, generations before collector Alfred O. Deshong was born. Peter Deshong, grandfather of Alfred O. Deshong, was born in 1781 to a French immigrant and miller named Pierre deShaw and his wife, Susanna Gilman deShaw. During his 46 years of life, Peter not only anglicized the family name but also moved his household from Philadelphia to Chester. A tall, slender man with a very pale complexion and long, dark braided hair, Peter owned the Lapidea Grist Mill on Crum Creek until 1808. Toward the end of his short life, he was the owner of the packet sloop "Mary and Louise" (named for his wife and daughter) which plied the Delaware River twice each week, carrying cargo between Chester and Philadelphia.

Peter's wife, Mary Odenheimer Deshong, from whom Alfred O. Deshong's middle name was derived, was the daughter of a German who had settled in Philadelphia prior to 1750. Mary was raised on her father's farm, "Ridley," to which the family had moved after the devastating yellow fever epidemic of 1793.

That farm played the first significant role in the history of Widener University. Purchased by Mary's father, John, in 1771 it was composed of 177 acres of land beginning roughly a mile from Chester along Ridley Creek. Twenty acres of the property became "the site of Col. Hyatt's Military Academy" (now Widener University). And the stone quarry that we know to have been on Odenheimer's farm is very likely the quarry in which the University's Hansell Track and Field is set.

Peter and Mary Deshong were well known in Chester. Mary was the postmistress from 1824 to 1835 and remained in the city until her death in 1869 at the age of 90. Peter was one of the incorporators of St. Paul's Episcopal Church, where he served as a vestryman for 20 years, and a founder of the Delaware County National Bank, which he served as a director from 1815 to 1825. The eldest of the three Deshong children, John, successively operated a dry goods/grocery store and a very successful lumberyard, both in Chester. In addition, he had inherited the Odenheimer quarry at "Ridley" and also owned a quarry on Crum Creek called "Island Field."

Wealthy and respected, John was director of the Delaware County National Bank for nearly 50 years and one of the largest stockholders in Chester Gas Company. He and his wife, Emmeline (nee Terrill), built and occupied a large home at the corner of Ninth St. and Edgmont Ave., Chester. Known as the Deshong Mansion, the house was home to John and Emmeline, the surviving five of their seven children, and John's unmarried sister. 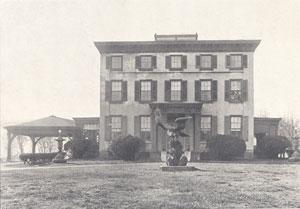 Alfred Odenheimer Deshong was born to John and Emmeline on September 30, 1837. Educated in the public schools of Chester and Bolmar Academy, West Chester, he maintained the Deshong Mansion as his residence throughout his life, living there after his parents' death with his younger brother John. After service as a Union private at Antietam and

Gettysburg during the Civil War, Alfred returned to Chester where he and young John operated the Deshong stone quarries. The partnership ended with John's death in 1895 at the age of 54. Of Alfred's other siblings who survived childhood – Howard (1839-1861), Louise (1848-1925) and Clarence (1849-1927) – only Louise and Clarence lived to old age. Louise lived with her husband, Jonathan Edwards Woodbridge, in a large brick home at 14th and Potter Streets, about two blocks from University Center. Today, the building is a University residence hall known as the Manor House.

The Gallery has a small collection of photographs showing interiors of the Manor House and of Alfred's Deshong Mansion which are copies of originals taken by Louise, a pioneer among women photographers. The youngest brother, Clarence, became an authority on the breeding of horses and cattle and was well known as the breeder and owner of a number of famous trotting and saddle horses. Clarence lived on the southwest corner of Broad and Madison Streets, Chester, and owned about 100 acres called "Island Farm" in Crum Lynne, Middletown Township.

The story of the Deshong family and its recurring association with Widener does not end with Clarence's death in 1927. Our efforts to reconstruct the family history, to gather Louise's photographs and other family memorabilia were undertaken with the assistance of Mrs. Jane Deshong Felix, widow of Dr. Howard C. Deshong. Additional information on the Deshong family is available from the Gallery office.

African art in the gallery includes ceramic vessels and masks from the West African countries of Mali, Burkina Faso, Ghana, Republic of Benin, and Nigeria, donated to the university by Dr. David and Karina Rilling.

Featured Pieces in our Gallery

Come visit our gallery to see the pieces in our exhibit. 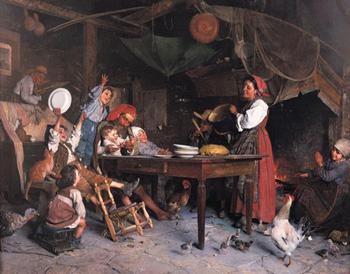 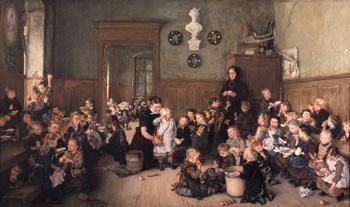 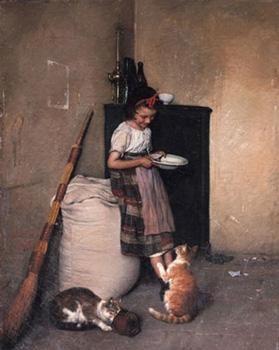 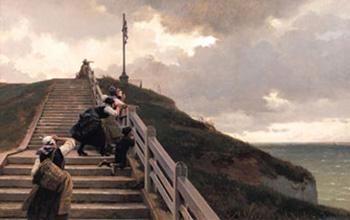 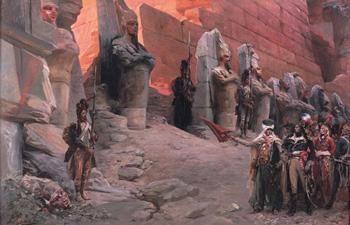 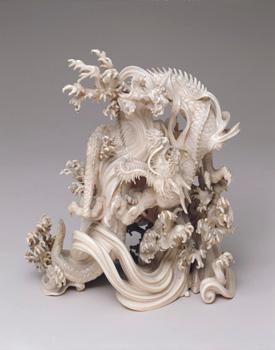 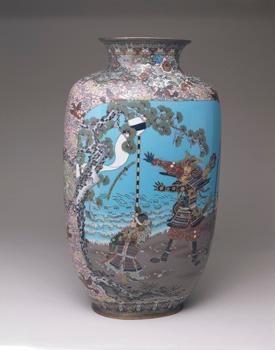 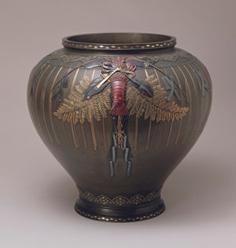 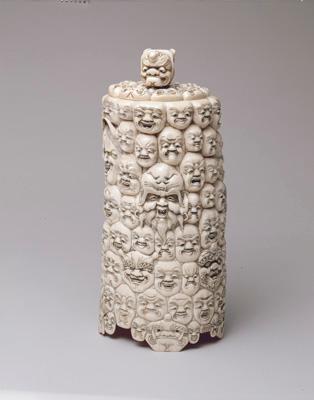 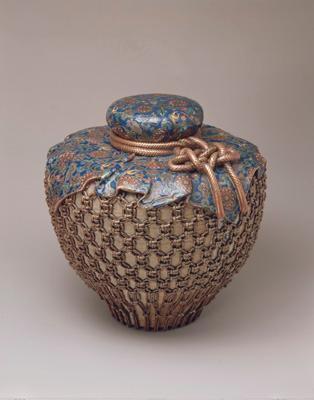 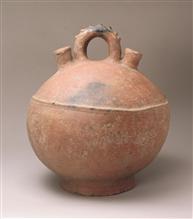