Game On: Taking Widener Esports to the Next Level

Widener University got in the Esports game early, fielding a winning team that premiered in spring 2019 led by Coach Devin Hartnett who has been praised for his skill training and team leadership.

Under Hartnett, a roster of around 30 student athletes hone their talents and compete in games such as League of Legends, Overwatch, Rocket League, and Super Smash Bros. With a practice room housed in the heart of campus at University Center, fitted with new equipment from computers and consoles to gaming furniture, the team has boldly led the Pride into this new frontier of Division I collegiate athletics.

Their success comes as Esports continues to grow in popularity, and as Comcast is planning a multi-million-dollar Fusion Esports arena in the heart of the Philadelphia sports complex just 12 miles from campus.

We sat down with Hartnett to learn more about him, and Esports at Widener.

What excites you about coaching Esports at Widener?
I love working with my student athletes. They motivate me to be better as a coach and as a person.

Esports looks a lot different than traditional athletic activities. Are there any parallels between the two?
I think they do share some similarities. An Esports player is just as passionate and hungry as your traditional athlete. They just play on different fields.

How do gamers try out for Widener’s team, and what catches your eye when you’re selecting players?
Just reach out to me; we can always schedule a time for a tryout. As for what catches my eye, I look for players who are skilled and can work well in a team. We’re a community after all, and working together is important.

What’s the difference between being someone who plays a lot of video games, and someone who competes in them at the college level?
They’re worlds apart. I have so many students pop in and say ‘Oh I beat my friends all the time,’ and they can’t go a couple of rounds with student athletes in my program. The skill gap is big, but that doesn’t mean you can’t get there. If you’re eager to learn and improve, you can get just as good if not better.

How has COVID-19 impacted Esports at Widener?
It really hasn’t. We’re able to operate on a digital platform all of the time. If anything, I just missed the in-person events and comradery that make the esports program feel like a home, while the university went to all-remote operations temporarily last year.

Years ago, few people envisioned video gaming becoming a college sport. Now that it is, what would you tell prospective students who’d like to play for Widener?
We offer scholarships, honestly. Come tryout for the program – it’s an incredible experience and it’s worth the time.

When you hear the word success, what comes to mind?
For me? I think it’s what you make of it. I’m succeeding at my job, I made a space where others feel welcome. This is their home away from home; we’re a big family.

What do you like best about gaming? Do you have a favorite game?
I love that anyone can be good at a game. Games don’t care who you are or what you look like, they only care about what makes them work. The best players in the world are all from different walks of life, and that’s amazing. If I had to choose a favorite game, I would choose Super Smash Bros. Melee for the Nintendo Gamecube. 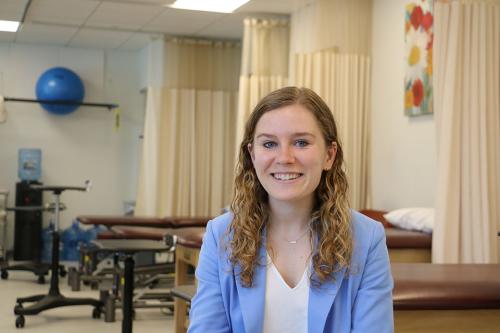 In 1972, as the school transitioned away from a military college, two varsity women’s sports debuted – field hockey and basketball – paving the way for many more to come.