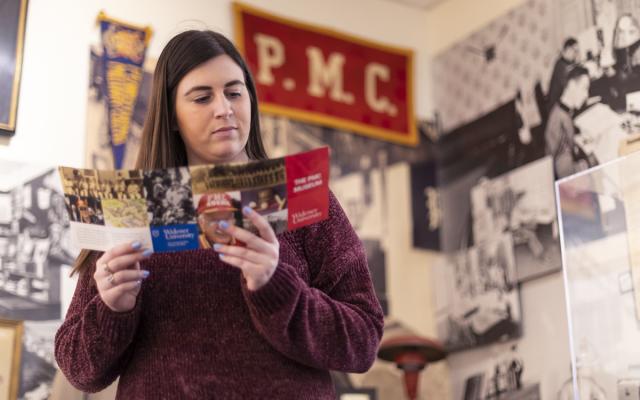 The PMC Museum links the legacy of the distinguished Pennsylvania Military College, our predecessor institution, with today's Widener.

Inside the PMC Museum, you’ll find a timeline highlighting the history of Pennsylvania Military College, the NROTC national marching band champions (Band) Company, cadet uniforms, the customs of PMC, and many of the individuals that helped make the school the “Little West Point” of the Keystone State.

Here, you'll be taken back to a time when the Pennsylvania Military College cadets lived by the Regulation Book, when rooks (freshmen) were in training, and the Cavalry Unit and the polo team ware national champions. In addition, the Pershing Rifles Company Q-5, a close order drill team, which won the Pershing Rifles drill competition for 11 consecutive years, is on display.

Located in a wing of Alumni Auditorium, the PMC Museum is open most Saturday mornings. Visitors during the week are asked to call the Alumni Engagement Office (610-499-1154) to access the museum.

The PMC Museum began in 1998 by PMC alumni. To support ongoing efforts to carry on Pennsylvania Military College's long-standing legacy, the museum seeks donations. The PMC Museum Committee is responsible for raising all funds needed for renovation and construction, collection and exhibition assembly, and a perpetual endowment fund.

PMC Alumni are encouraged to support the museum in three ways:

If you are interested in donating PMC memorabilia, contact Dr. Sahr Conway-Lenz, the Collections Manager (PMCCollectionManger@widener.edu). All donations of memorabilia to the PMC Museum's collection may be used for future exhibits of special interest.

Stephen M. Alinikoff '66
"My four years at PMC had a profound effect on my life. I want to give something back and I feel strongly about preserving the PMC history at Widener."

James Robert Beach '53
"I entered P.M.P.S. for one year of post graduate high school and continued on at PMC for four years of college, graduating as Cadet Captain Co. B. Those five years of discipline taught me to organize my life, and are still with me today!

The attitude gained directed me through very successful and rewarding careers in both the Army and civilian life. In retirement I can still say, 'PMC was the best choice of college for me."

Marshall D. Beall '64
"I am making a gift to the Museum to honor those who fought in Vietnam."

Roy Collins '64
"I am making this pledge to the PMC Museum to preserve in some way the memories of my friends and classmates, as well as the institution itself. Without these elements my life would have been much less rewarding."

J. William Cowdright '66
"In order to look to the future, we need to know from where we came. It defines the character of the institution and those who passed through it. Preserving the history (including the memorabilia) help us to define who we were and where we need to go. This museum is just one step in that process."

Byron W. Daniels '68
"I feel that this unique part of history should not be allowed to slip from memory."

George P. Fox Jr. '64
"Nothing in my life has equipped me as well for all my success's in life as the military tradition I received at Pennsylvania Military College."

Andrew A. Fraser '67
"I just received the letter and brochure concerning the PMC Museum. It's good to see that plans are well underway and I wish you all great success in your efforts."

Herbert H. Fricke '61
"I learned how to study and to excel. PMC changed my life!"

R. Michael Gallagher '69
"I am contributing to the PMC Museum while still supporting Widener because of my strong feelings that the Corps of Cadets and Pennsylvania Military College have been nearly erased from history. Recognition and acknowledgment of the long and honored PMC tradition is needed."

Frank D. Giorno '70
"I fully support this endeavor and believe it is something that really needs to be done. I applaud your efforts and will support them to the best of my financial ability at this time. I truly believe that the long history and tradition of PMC should not be lost but preserved for future generations. Thank you for taking on this task."

Pierre H. Hansot '57
"Both the PMC Prep School and PMC College serve as a heritage which should not be forgotten. It is to Widener University's credit that this legacy is acknowledged for current and future alumni."

Richard L. Hellwege '46
"I was fortunate to be able to be with you during Homecoming weekend. As the first alumni to see and visit the PMC Museum prior to dedication, I was very pleased to see the first rate job done to commemorate PMC. I also did attend the dedication ceremony Saturday morning, October 14--very well done. Kudos to you all and Leslie Quick for his generous gift."

Richard K. Higgins '63
"Good institution for making men out of boys. Taught appreciation of country, other people, as well as right from wrong. Personally, as member of HQ Co. for four years (band - trombone), many fun memories of football games (rain or shine), and good friends. Also enabled an average student to complete four years with a degree and commission as 2nd Lt. in U.S. Army. Feel service duty should be required for those able to serve!"

Jay Knapp '59
"PMC has a very long and illustrious history which is worth preserving for its educational value to current and future students. It provided us with an excellent education and also taught us how to think and reason. We also learned the important values of leadership and success, and honesty and loyalty.

I also benefited from my extracurricular activities, including a very long year with the Pershing Rifles - two teams won the national championships in both divisions in the same year. I also had four great years on the rifle team, including a second Army championship. I remember ROTC Summer Camp my junior year, especially the leadership training."

John M. Keck '51
"Although I was at PMC for only one year, I have many fond memories of PMC. It certainly helped to prepare me for a subsequent four years in the USAF."

Linford Kinney '59
"I believe that it is important that Pennsylvania Military College be remembered for future generations. 'Freedom isn't Free', and PMC played an important role in our nation's history."

Discover the distinguished history of Pennsylvania Military College, learn about its cadets, and remember those who are gone but never forgotten. 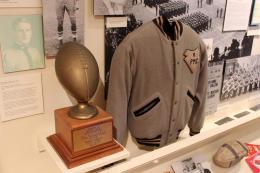 We welcome offers of all memorabilia, artifacts, ephemera, and photographs to the PMC Museum. Have an item you wish to donate? Please contact the Chair (rromanowicz@pennsylvaniamilitarycollege.org) of the PMC Museum Committee with a brief description and photograph of your item for review.

We seek items focusing on cadet life, athletics, military service, and special events. Items pertaining to military conflicts, including World War I, World War II, the Korean War, and Vietnam War are especially welcome, as are items of an unusual or rare nature.

Weapons are also welcome, but firearms will be rendered inoperable upon receipt.

All items that we accept will be catalogued for the PMC Museum's archival collection and may be used for future exhibits of special interest. However, some items may not be included in any permanent exhibit.

The collection has a number of "standard" uniforms (hats, keefer boxes, tarbuckets, etc.), but pre-World War I uniforms, and hats are needed, as well as dress uniforms and accoutrements. 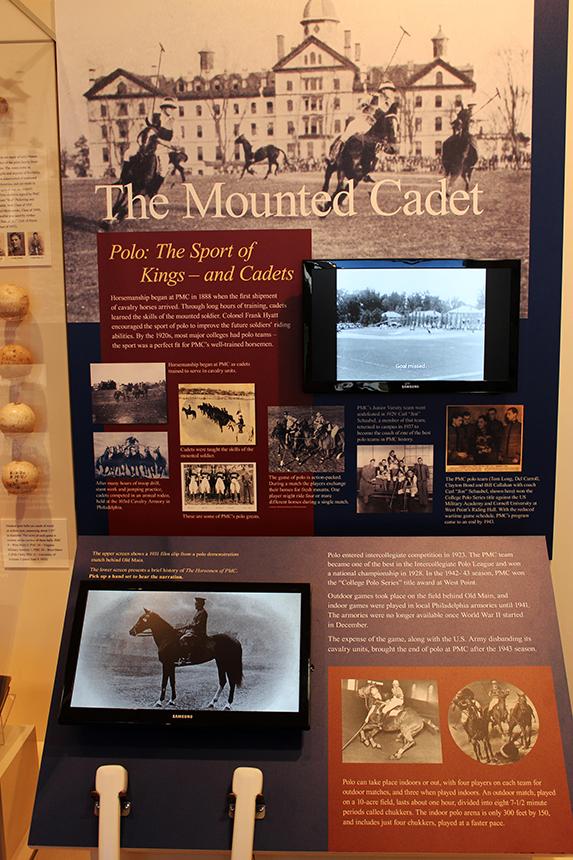 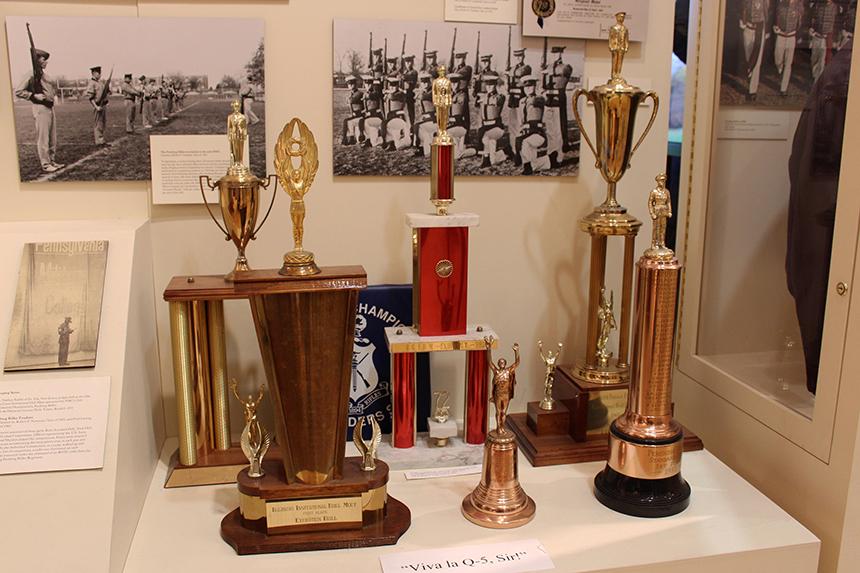 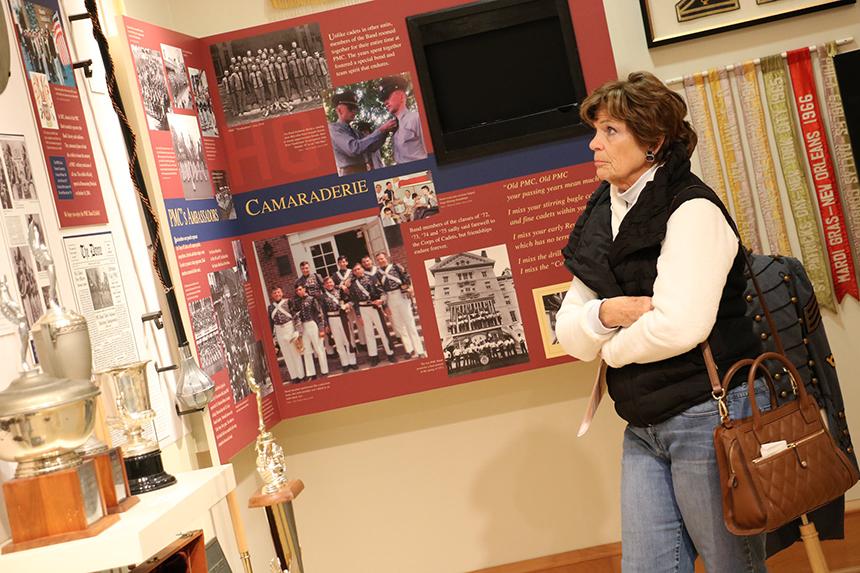 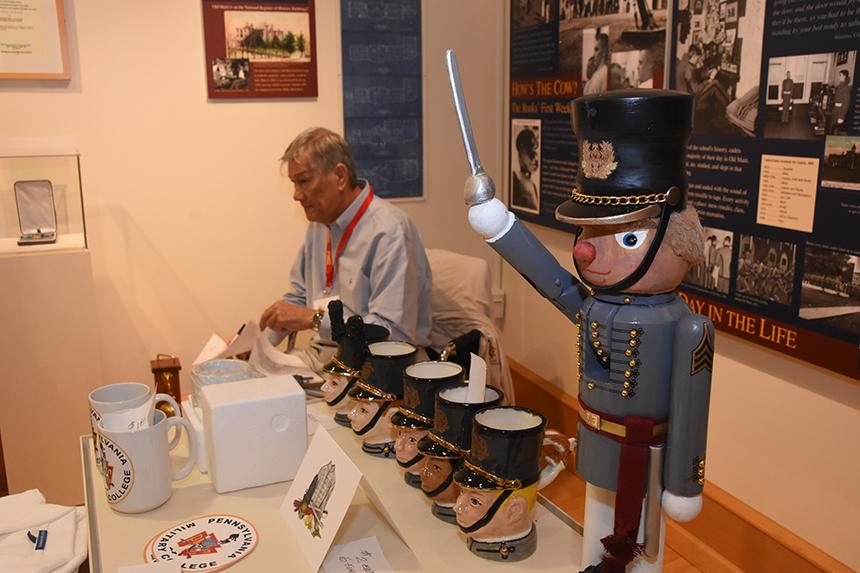 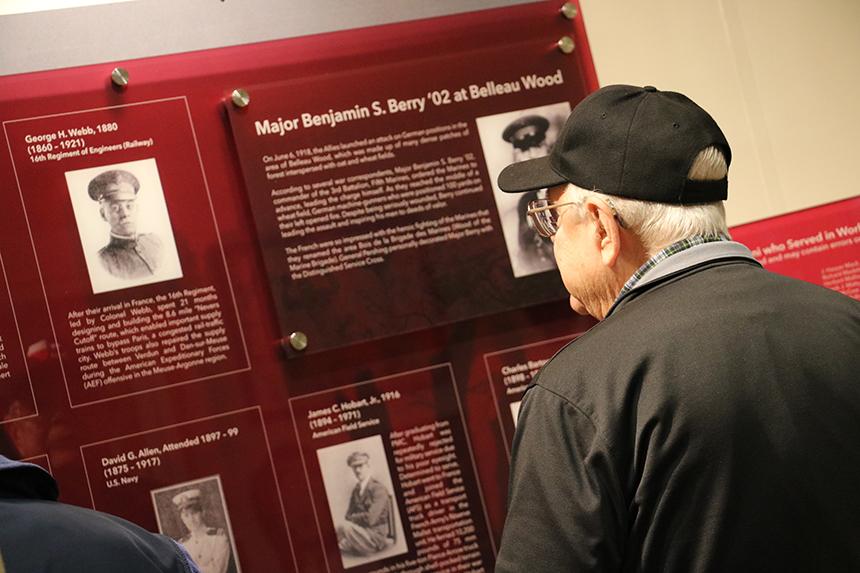 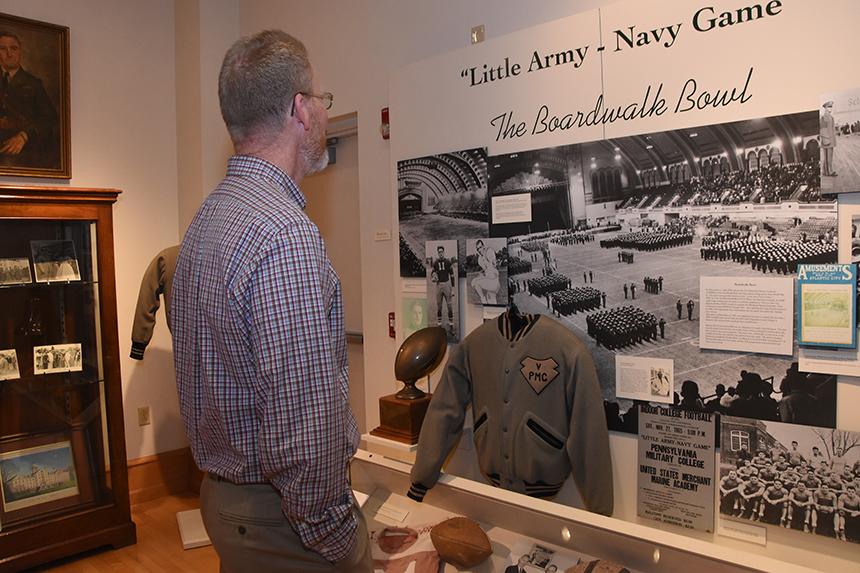