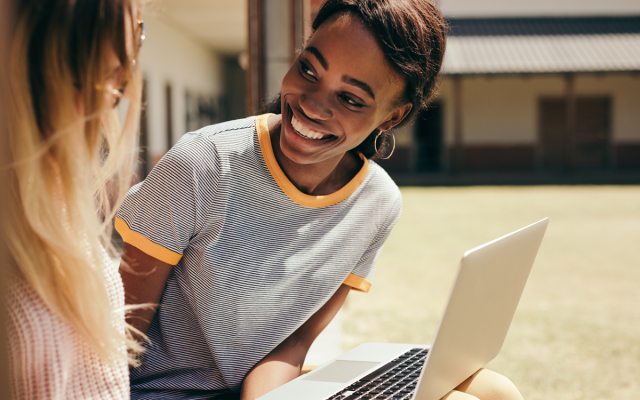 Strengthen your college application, stand out among other applicants, and get a head start on your college education—all while you're still in high school.

Earn College Credits That Will Set You Ahead

Getting accepted into your dream college is dependent on a number of factors, including your standardized test scores, participation in sports and co-curricular activities, and the rigor of your high school coursework.

At Widener, we offer another way for you to strengthen your college application and set yourself apart from your peers: high school students like you can enroll in college-level courses that cover topics not typically offered through the AP/IB curriculum and fulfill most university's general education requirements.

You'll get a jumpstart on your college coursework, with the added bonus of reducing cost due to our discounted tuition rate and cutting the time it takes to graduate or earn an advanced degree.

Why Enroll in College Courses While Still in High School?

You'll benefit from having a dedicated college advisor who will assist you in selecting courses that align with your educational goals and personal needs. Plus, you'll be taught by the same expert faculty members who teach in our highly ranked academic programs, helping you feel more prepared for college and knowledgeable of how course topics apply to the real world.

Courses that are Flexible and Convenient

You won't have to forego any aspect of your high school experience to to get a jumpstart on your college career. That's because all of our courses are offered online and do not require you to meet on a certain day or time. You'll have the flexibility to complete coursework whenever it's most convenient for you, but still have the support you need for academic success. Your advisor can discuss with you and your family how we develop your personal success plan.

Cutting Costs and Accelerating Your Career

Courses for high school students are offered at a significantly reduced tuition rate. And by getting a jump start on general education requirements, you can begin to take your programmatic coursework when you officially start at Widener (or any college of your choosing) and potentially graduate early!

Allied health, like any other professional discipline, has its own specialized lexicon. Those in the various fields of allied health must understand this shared language not only to interact with other professionals but also to carry out career responsibilities. In this entry-level course, students learn and practice medical terminology—from anatomy and physiology to diagnostics and technology.

This course is designed for non-science majors interested in understanding the theory of evolution. An understanding of evolution requires knowledge of the scientific process, how hypotheses are formulated, and the definition of scientific theory. These topics are covered at the beginning of the course. Other topics include a discussion of the origin of life on Earth, biographical information about Charles Darwin and discussion of his books The Voyage of the Beagle and On the Origin of Species, the evidence supporting the theory of evolution, basic concepts in genetics, and a comparison between artificial and natural selection. The course concludes with a discussion of evolutionary developmental biology and human evolution.

An introduction to basic concepts, functions, and processes of politics and government, using the American system as a model. The course includes topics such as political socialization, constitutional government, legislative process, presidential leadership and bureaucracy, the role of the judiciary, elections, political parties, interest groups, and problems of civil rights.

This course focuses on how various dimensions of social stratification influence the nature and types of crimes committed, responses of the criminal justice system to such crime, and strategies for reform. With a primary emphasis on race/ethnicity and class, students study not only the effects of stratifying factors on socialization, but also how such socialization processes relate to crime and society's reaction to criminal deviance. Prerequisite of UCJ 105 required

This course examines the historical evolution and the present-day structure and composition of the mass media and its related industries. It also briefly examines the impact of mass media on individuals and society and introduces students to mass communication research.

How to Enroll in College Courses

You'll need to submit an application first. Our application is free and takes just a few minutes to complete.

Once you apply, we'll be in touch to assist you in enrolling in courses that will put you on the inside track to success. 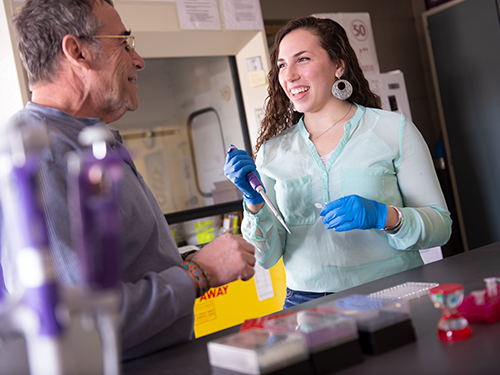 With your gen eds already banked, dive into a major that interests you. Graduate early. Or use the time to study abroad, gain more on-the-job experience, or delve into cutting-edge research. You'll graduate with the confidence to launch your career. 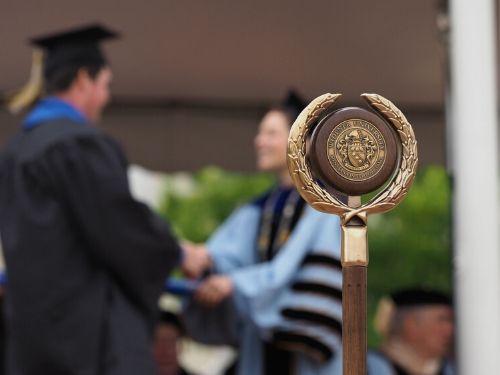 Earn a Bachelor's + Master's in 4 Years

Take advantage of the credits you've accrued in high school by using your four years at Widener to accelerate to a master's degree—earning you a job advantage, higher compensation, and the skills to advance your career. 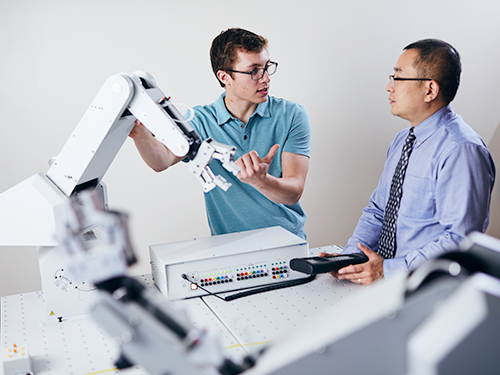 You want the best fit—and the best education you can afford. Through scholarships, grants, and financial aid, we make this possible. 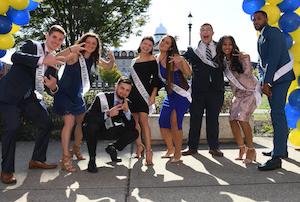 You’ll know it when you feel it. The sense of belonging. The thrill of shared purpose. The excitement of life in a community that feels like a second family. Take a sneak peek of student life at Widener.

Have questions? Feel free to email or call our Center for Graduate & Continuing Studies for more information. Provide your contact information and one of our advisors will call you!