A 200-Year Legacy: Names and Philosophies Change, But the Core of Widener Remains Steadfast

How do you tell the 200-year history of an institution? Where do you even start?

Is it in the stories of the tens of thousands of students who have walked its grounds and hallowed halls in search of an education? Or is it tales of the esteemed professors and charismatic leaders who shaped and sustained the school over the decades?

In the last two centuries, the institution we now call Widener University has evolved and adapted to the times and needs of its students. From its origins in 1821 as the Bullock School in Delaware, to its embrace of military instruction and move to Chester, to today’s thriving university of scholars, Widener has always been in the vanguard of cultivating tomorrow’s leaders.

As we mark the bicentennial, we’re looking back at some of the stories and people who have informed this place – the traditions, events, and characters whose impact and legacies still resonate.

Many names, locations, and people; but at the root of this story is Col. Theodore Hyatt, a forward-thinker and first of three generations of Hyatts to lead the institution.

His all-male school was strict by contemporary standards. Novels, dice, and cards were forbidden on school grounds. A week’s laundry included a few shirts, a pair of drawers, and two pairs of socks.

“But the fact that we were specifically chartered to include German and chemistry indicates we were an avant-garde curricular institution, not in the backwater,” said Dr. Lawrence P. Buck, retired Widener history professor and provost, who also served as acting president in the early 2000s.

According to legend, the school transformed into a military academy, eventually modeled after West Point, after Hyatt spotted students marching with broomsticks (they didn’t have weapons).

“He knew that military instruction was taking hold,” said Dr. J. Joseph Edgette, a Widener emeritus professor and folklorist, and unofficial historian of the institution and Widener family.

Widener pays homage to this broomstick tale during Homecoming, when alumni take the field for the Broom Drill.

Military life dominated the institution for decades, and cadets and alumni have served in every war in which the United States has been involved, making tremendous contributions and, for many, the ultimate sacrifice.

By mid-20th century, the school began to shift to include a civilian, co-educational component, with greater diversity within the student body and curriculum. Interest in military schools was waning, escalated by the anti-war sentiment surrounding Vietnam; 1972 marks the last cadet class.

“We weren’t going to be able to survive as a military institution. We had to change,” said Buck, who witnessed the transformation firsthand as a new faculty member.

Then known as PMC Colleges, the school needed a new name to reflect its new civilian mission, and, more urgently, a financial boost.

Dixon approached his mother, Eleanor Widener (whose father and brother perished on the Titanic) for a financial contribution, which helped save the school.

Grateful for his intervention, officials wanted to rename the school for Dixon, but he asked that the Wideners be honored instead. The Widener connection ran deeper than Dixon. Family patriarch Peter A. B. Widener kept his eye on the school during the 19th century “because he was very impressed with the job they were doing and he would even help them out then,” said Edgette. Peter also convinced Philadelphia department store magnate John Wanamaker to serve as a school trustee.

Today, the Dixon name is found on residence halls and an athletic field. The university's seal draws inspiration from the Widener family crest, and the institution adopted its colors – blue and gold.

Old Main: More than a Building

For decades, PMC was Old Main. Cadets ate, slept, and attended classes in the building erected in 1867 for $38,000. It even had a bowling alley, and once a week, the building’s bottom floor was uncovered to reveal long rectangular bathtubs for the cadets to wash.

In 1882, a fire broke out in a chemistry lab. Torrential rain left the dirt roads leading to Old Main mired in mud, and the fire company was unable to get its wagons up the hill. Instead, they ran hoses and pumped water from the Delaware River, 14 blocks away.

The fire leveled the building, but Old Main was quickly rebuilt by its original architect for $65,000. This time, science labs were housed in a separate structure – today’s Old Main Annex. Old Main now sits on the National Register of Historic Places.

Inside Old Main’s dome are the signatures of cadets who would sneak up to the fourth floor to scrawl their names; perhaps the most famous belongs to cadet-turned-renowned-Hollywood-filmmaker Cecil B. DeMille.

Dome signatures are not the only tradition to leave its mark on campus.

Each year, senior cadets placed their yearbook, roster, and flag into a box and buried it on campus, marking the spot with a stone etched with their year. Many of these “tombstones” still rest around Alumni Auditorium.

Contemporary traditions include rubbing the nose of the Pride statues for good luck, and sidestepping the Widener seal in Bown Garden for fear that crossing it before graduation means students won’t earn their degrees.

DeMille was not the only famous person to grace school grounds.

Louis Comfort Tiffany, of Tiffany stained-glass fame, attended for a semester. Sylvanus Morley, Class of 1904, was an archaeologist-turned-World-War-I-spy.

Russell Harrison, son and great-grandson of two U.S. presidents, is an alumnus. In all, eight presidents have visited campus or been guests over the years, including current President Joe Biden, who served as an adjunct professor at Widener Delaware Law School for 17 years.

In 2008, then-Sen. Barack Obama made a presidential campaign stop at Widener; the photos from that cold and rainy day contributed to Damon Winter of The New York Times winning the Pulitzer Prize in feature photography.

Speaking of Pulitzers, school alumni Brent Staples (1973) and Brian Kates (1968) both won the coveted prize in editorial writing; Staples in 2019 for his work at The New York Times; Kates in 1999 as part of the editorial board at the New York Daily News.

Among the notable military alumni are 2nd Lt. John Lance "Jack" Geoghegan (1963), whose heroism in Vietnam was depicted in the 1992 book We Were Soldiers Once… and Young and its 2002 film adaptation; and retired four-star Gen. John H. Tilelli, a 1963 alumnus and former trustee chair, who is the highest-ranking PMC graduate.

The school also has a connection to the military bugle call Taps. Several versions of lyrics for Taps have been composed, including one attributed to PMC. But who actually wrote it? Evidence conflicts, with two possible candidates – alumnus Rukard Hurd (1878) and Professor J. Berg Esenwein, who taught English and literature at the turn of the 20th century.

Football debuted at the school in 1879, but Theodore Hyatt was not a fan and restricted the team to home games only – no travel. In 1888, the team had a perfect record – no losses or ties, and without conceding a single point to their opponents – a feat accomplished without ever leaving campus.

Played on Memorial Field until 1994, football notched Division III national championships in 1977 and 1981. Widener hosted Philadelphia Eagles’ training camp from 1973 to 1979, with fans getting a chance to see players up close and even carrying their gear.

Charles Hyatt, Theodore's son, introduced cavalry instruction. Stables and a riding hall were built near what’s now the first-year quad of residence halls. “When it was PMC, every student was required to become an expert horseman,” said Edgette. Polo was introduced to the campus, and PMC won the National Intercollegiate Indoor Championship in 1928 and 1943.

Other notable firsts and feats—field hockey and women’s basketball became the school’s first varsity women’s sports in 1972; men’s basketball advanced to the DIII Final Four in 1978 and 1985.

Granted university status in 1979, Widener is now home to more than 40 undergraduate majors, more than 50 graduate and professional programs, and two law schools. It’s recognized for its powerhouse programs in engineering, nursing, and health sciences, among others; state-of-the-art facilities; faculty mentorship; and hands-on learning that puts students on the inside track to success.

Although the school no longer identifies as a military college, it maintains a strong connection to the service through its Army ROTC cadre, Dauntless Battalion, helping produce the next generation of military leaders.

“From the early 1980s into the 2000s, the very nature of the institution was to drive forward with constant change,” said Buck. “Keep your thumb on the pulse of the Mid-Atlantic area to see the educational needs and respond quickly to those needs with high-quality programs.”

Widener may seem a long way from its origins, but, in many ways, it’s simply the modern iteration of a steadfast legacy – being on the forefront of education and remaining relevant and agile to prepare today’s students for tomorrow’s challenges.

Edgette and Buck attribute the school’s longevity to its leadership – from the Hyatts to Dixon, to its more contemporary presidents – who brought stability and innovation to their roles.

“They’ve been very fortunate in finding presidents who had very, very long tenures, and they had goals in mind and they did not deviate. They wanted to improve, not just redo what’s already been done,” said Edgette. “That leadership all began… with (Theodore) Hyatt. He really started all of this.”

Adds Buck: “Stability is a big part of it. We’ve weathered some tough times. Change is inevitable, but when embraced, it’s made successful.” 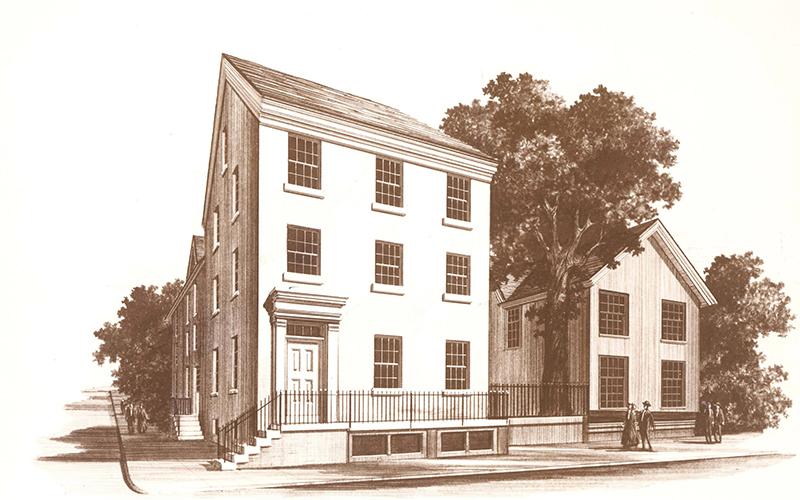 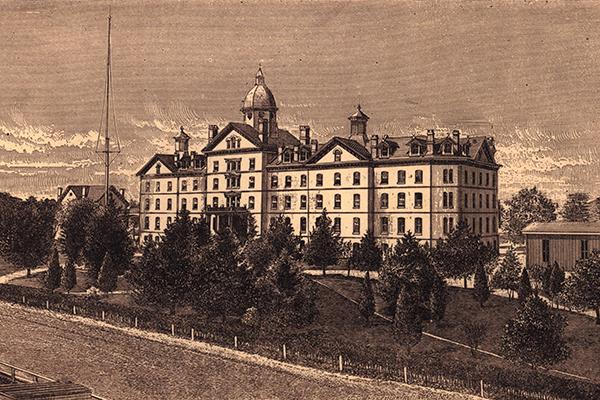 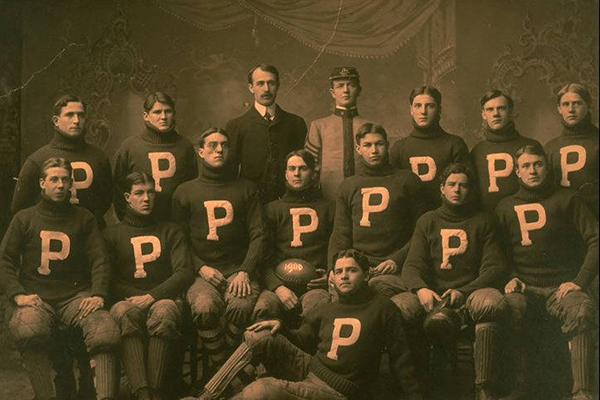 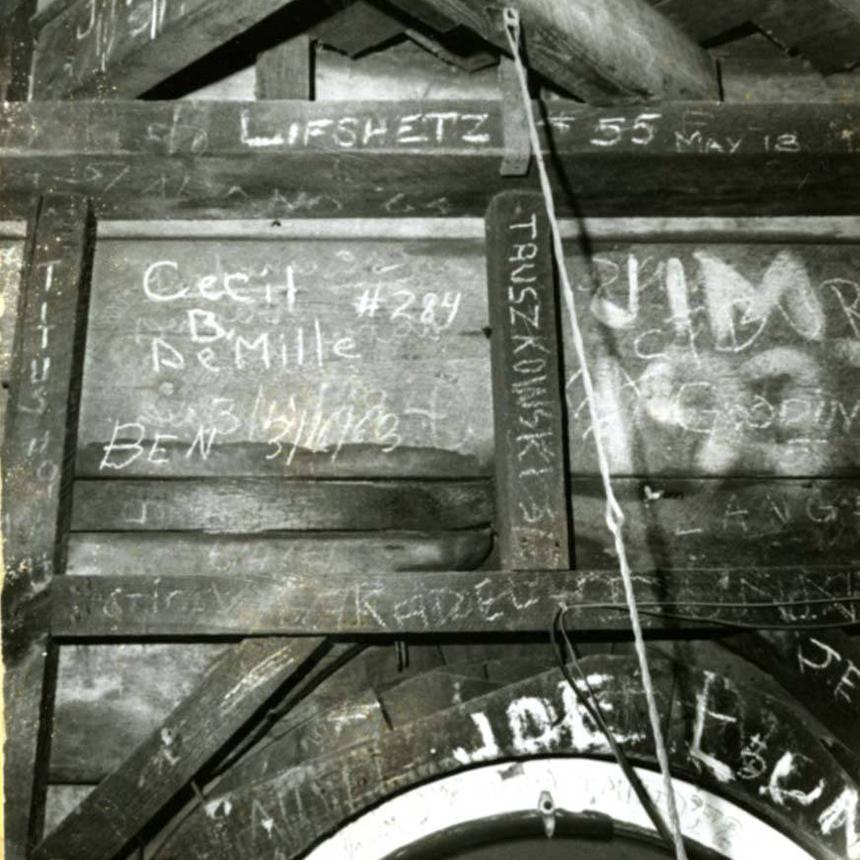 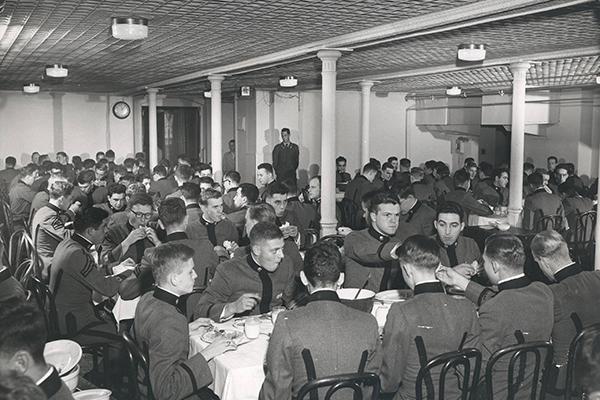 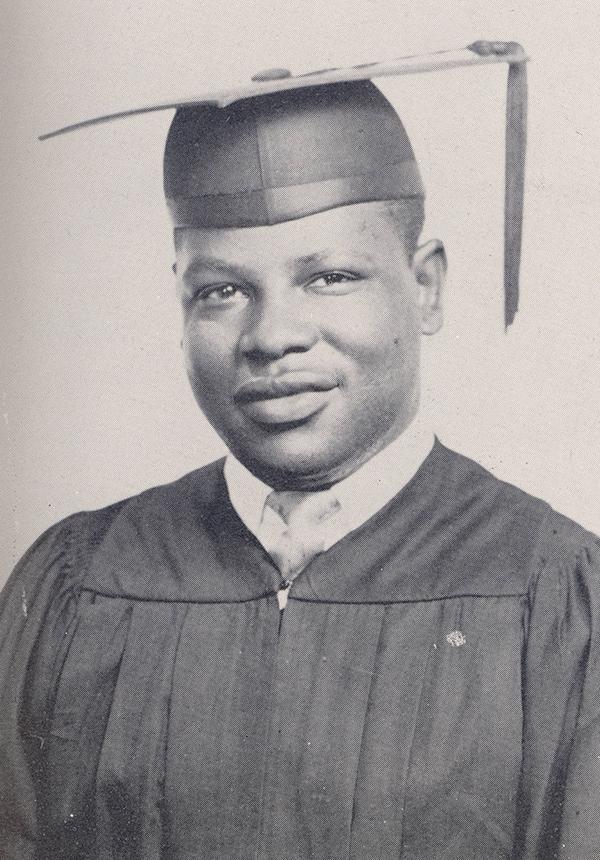 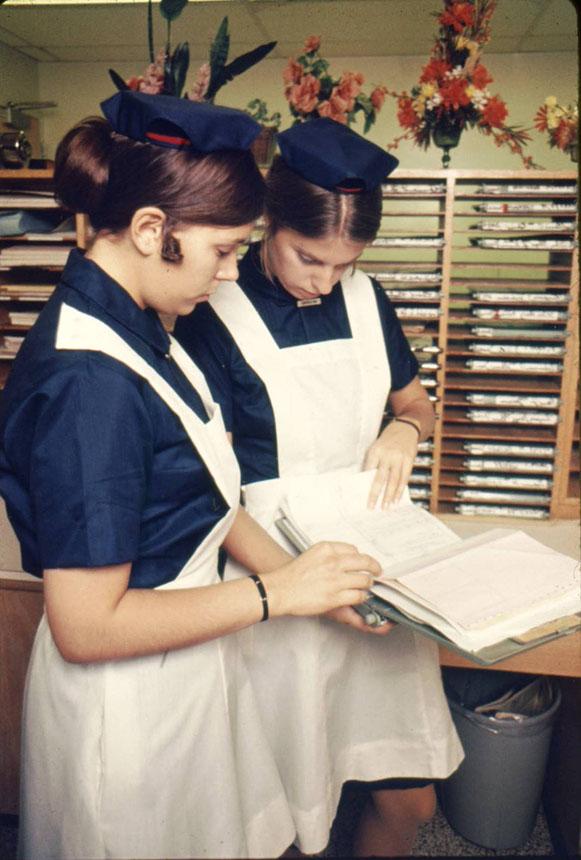 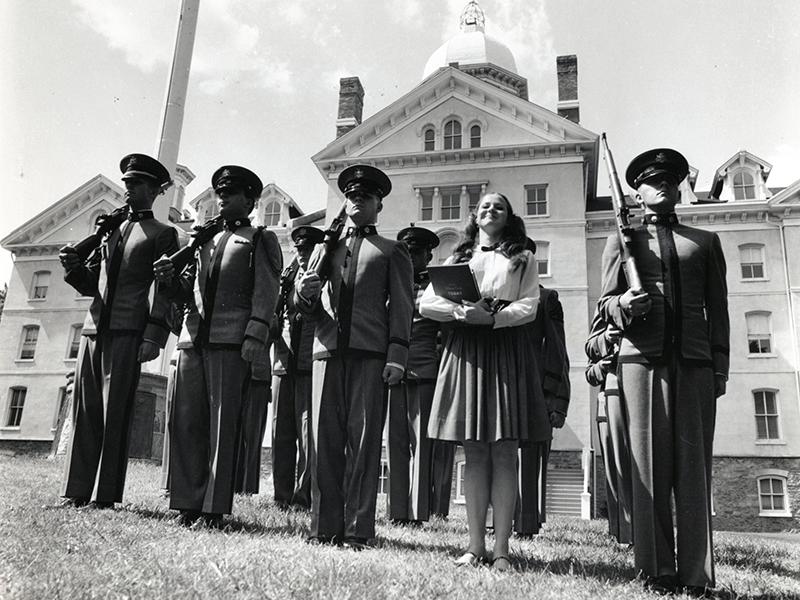 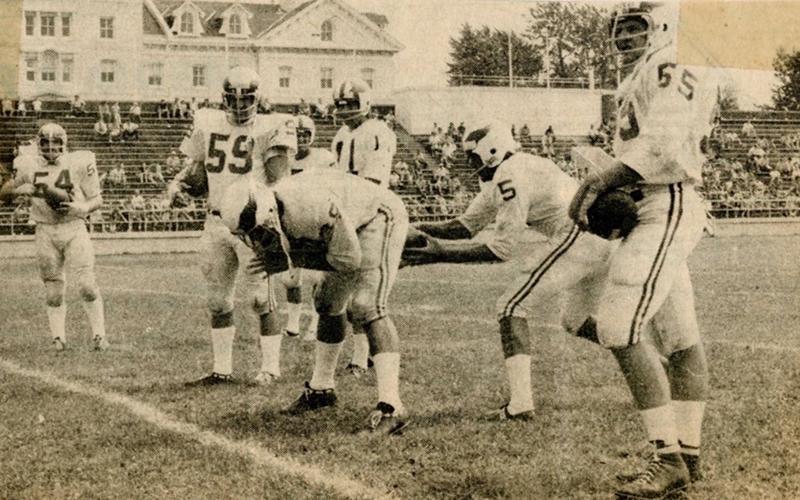 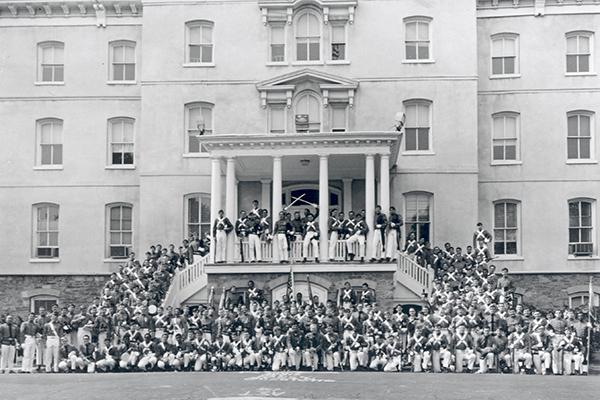 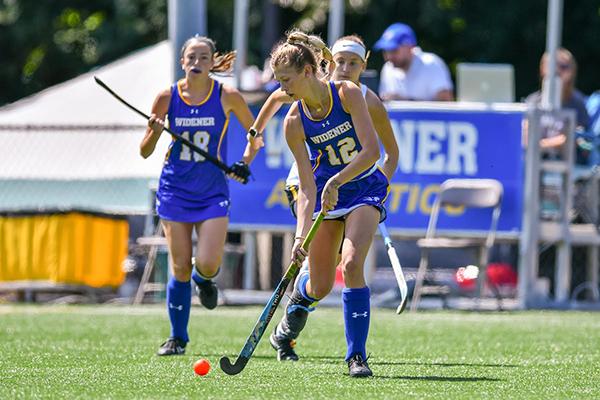 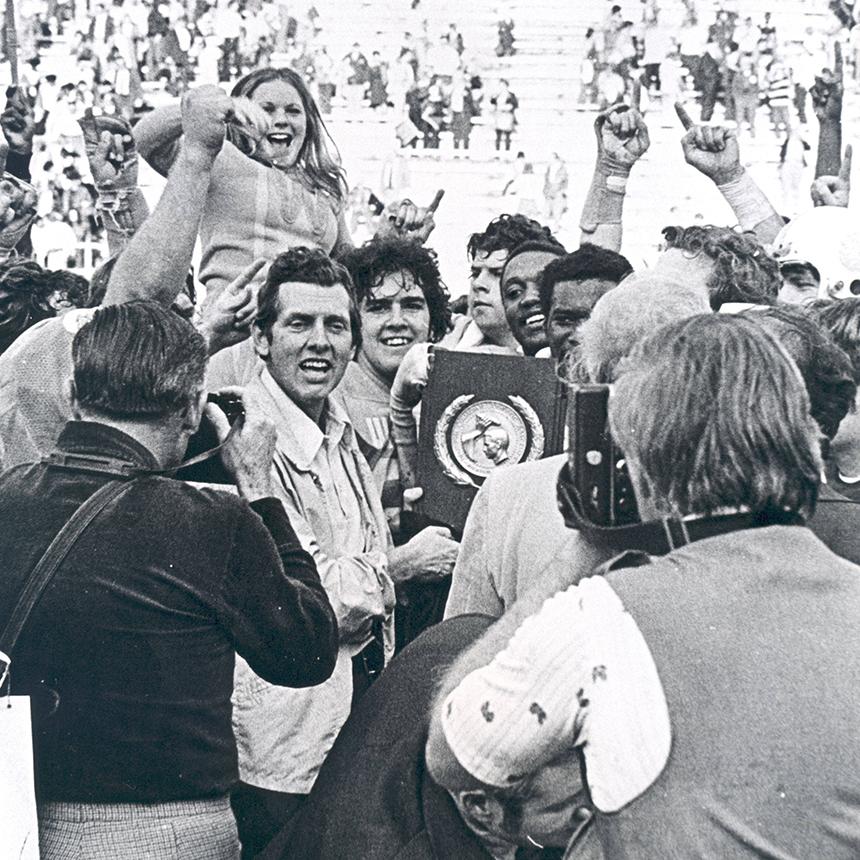 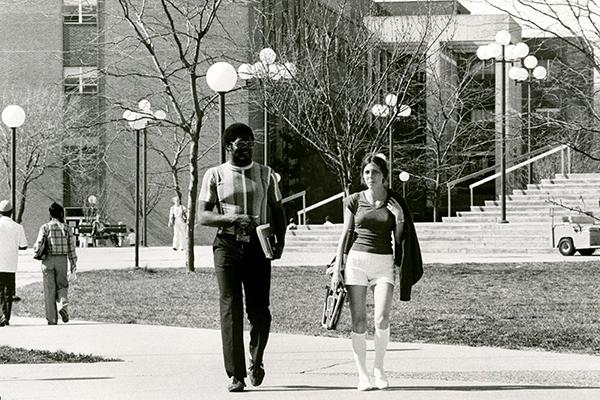 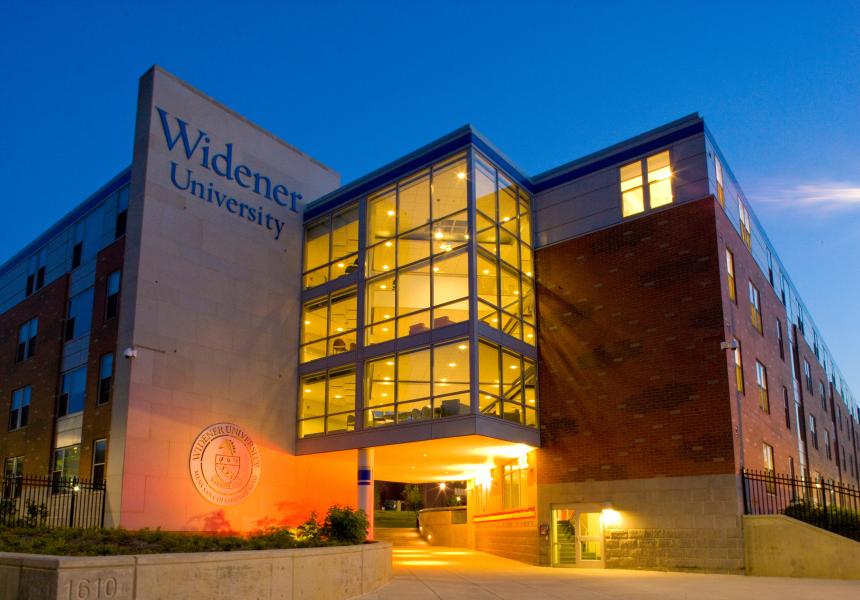 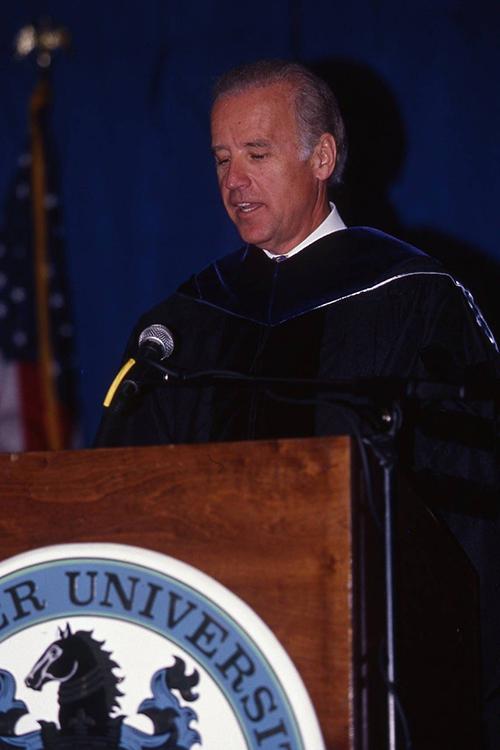 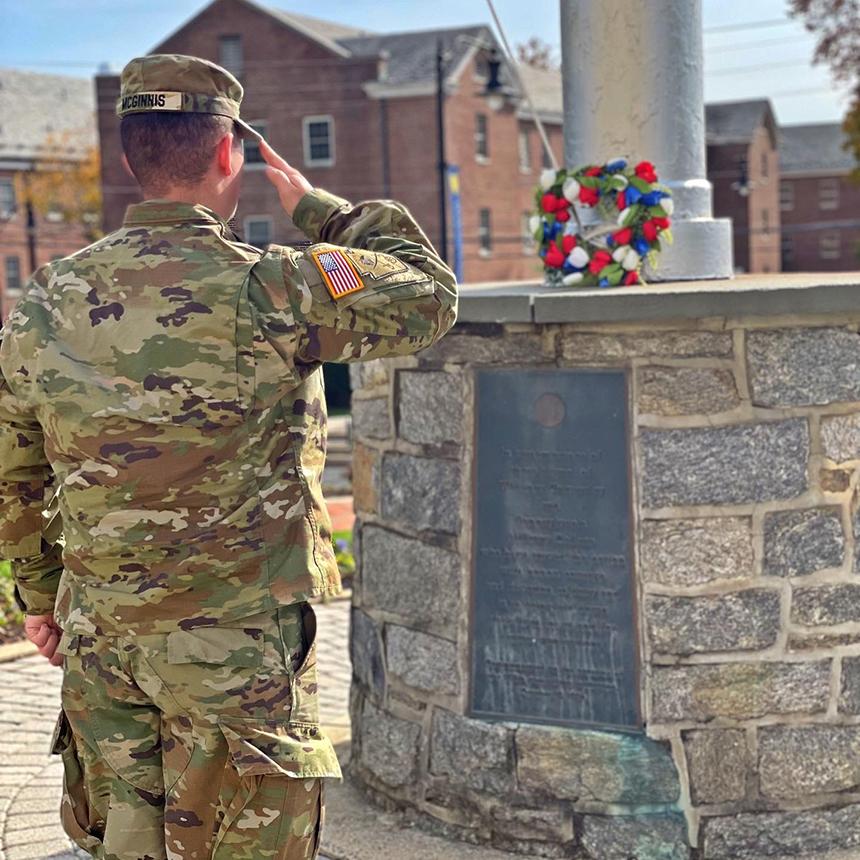 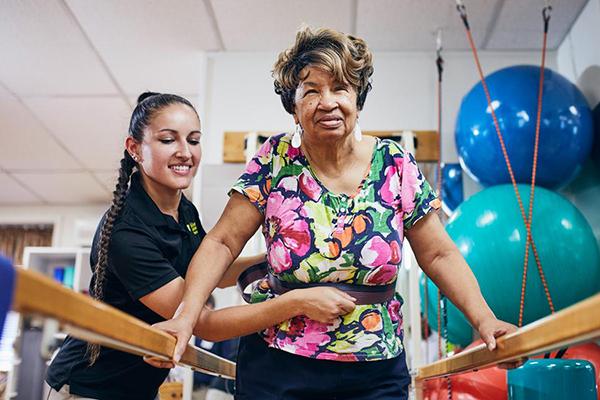 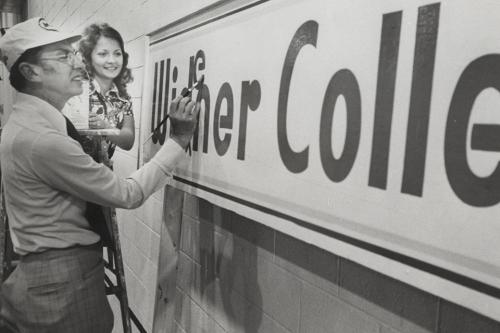