Tucked away on the first floor of Kirkbride Hall among the lineup of Widener’s engineering and science labs is the NanoBio Lab. Unpretentious at first glance, the space houses the innovative chemical engineering research center led by Professor Sachin Patil and his team of undergraduate and graduate researchers.

It is outfitted to be a collaborative work environment with cutting-edge equipment and technology – high-level features that are standard for labs at Widener. But what sets the NanoBio Lab apart is its connection to research at the forefront of drug discovery. It is producing findings that advance treatments against some of the world’s leading illnesses – from Alzheimer’s disease to cancer, often at the same time.

Since launching the NanoBio Lab in 2010, Patil’s research roster has diversified but remained rooted in a clinically important field that he has worked to define as “Interactome Engineering.”

The Human Genome Project revealed a rather limited proteome containing approximately 20,000 proteins in the body that carry out a number of functions. Available approved drugs target only about 1 percent of these proteins, highlighting the severe limitation of traditional “one protein, one drug” concept that has dominated the pharmaceutical industry so far.

“This is where the new field of Interactome Engineering shines, which involves modulation of protein-protein interactions (PPIs) rather than individual proteins,” said Patil, who was invited to serve as guest editor of a special issue on the topic for the journal Pharmaceuticals.

“The majority of the important biological functions in living organisms including humans are regulated and executed through a vast array of PPIs. In this context, the human interactome represents a promising source of many novel therapeutic targets owing to the large size of the human interactome estimated to be more than 300,000 PPIs.”

Targeting many of these clinically important PPIs is at the core of the NanoBio lab’s work.

Using integrated computational and experimental analyses, researchers can model how different types of drugs, including FDA-approved and experimental drugs, interface with specific protein interactions in the body. Depending on the research objective, whether its focused on stopping the growth of cancerous cells or plaque buildup in coronary arteries, the team seeks to either inhibit or enhance protein interactions that lead to a controlled modulation of our innate immune system in both ways – activate or suppress it on demand.

Tackling some of the world’s deadliest illnesses gives students like Elena Fattakhova access to participate in breakthrough research well ahead of entering the workforce.

“I absolutely love working in the lab because of the incredible type of research that we’re doing and the results we’re coming up with,” said Fattakhova, who is preparing for a career in the biomedical and pharmaceutical research industry.

The lab’s innovative and uniform approach to drug discovery gives the researchers the ability to pivot their attention from cancer to Alzheimer’s disease, and even therapies against COVID-19. That agility creates more opportunities for students to experience research in leading areas.

Patil’s latest investigation focuses on coronary heart disease (CHD), the leading cause of death in the United States and worldwide according to the National Institutes of Health. With support from a one-year, $100,000 grant from the W.W. Smith Charitable Trust, Patil will study CHD, its causes and novel drugs to treat it.

He is always at the tip of the spear of innovative research no matter what area of research it is." — Elena Fattakhova, a chemical engineering 4+1 student.

The next phase of the lab’s innovation is to implement a machine learning process that has been developed by Patil, Fattakhova and others to streamline and expedite the drug discovery process, which can typically take anywhere from 10 to 15 years.

“At our particular lab, we’re not a large pharmaceutical company that can test everything so we had to come up with a unique methodology that would be highly efficient and highly accurate,” said Fattakhova.

Laying the Foundation for Tomorrow's Researchers

With each investigation, students have the chance to share findings as an author on published, peer-reviewed articles – a rare accomplishment for an undergrad, according to biomedical engineering senior Michael Oravic, who has published on four papers with Patil.

Given the fields that the lab works on, the fact that I am a published author as an undergraduate student is unheard of. And they are all quality papers showing quality research." — Michael Oravic, a biomedical engineering senior

After graduating this spring, Oravic will intern with Merck on its Global Medical and Scientific Affairs Team before starting graduate school. He’s currently deciding between studying global health at King’s College London or public health at Dartmouth College.

“Both schools are globally recognized and the NanoBio Lab put me in a position where I could be competitive for admissions and then be admitted, so I’m very thankful for Dr. Patil and the lab for that,” he said.

Alumnus Danny Griffin ’15 carries the same appreciation for the experienced he gained in the lab.

After graduating with a degree in biomedical engineering from Widener, Griffin went on to earn a doctoral degree in bioengineering through the prestigious Self Graduate Fellowship at the University of Kansas. Griffin explained that his current career at BioGenerator Ventures, connecting life science discoveries with the resources and tools to fuel development, can be traced back to the NanoBio Lab.

The fact that Dr. Patil was so deliberate to invite untrained people like me into the lab and mentor them and show them the ropes, that’s a really special thing. I would never have discovered high level research as a viable career path if it weren’t for Dr. Patil.” — Danny Griffin '15

That mentorship extends to a variety of disciplines across campus. From the obvious majors such as chemical and biomedical engineering, to chemistry, computer science and nursing, the NanoBio Lab thrives on – even relies on – interdisciplinary collaboration.

“That combination of any three or four majors, it creates a diverse mental relationship and environment where the best ideas are bouncing off of each other,” Oravic said.

Above the incomparable hands-on experience gained, Fattakhova says it’s the research’s widespread clinical potential, and the patients that it stands to serve, that drives her commitment in the lab.

“The bottom line here is to take those results and transfer them into applications for people suffering from these different diseases,” Fattakhova said. “And applications with this particular research area touches so many areas.”

Explore All of the Research & Innovation at Widener 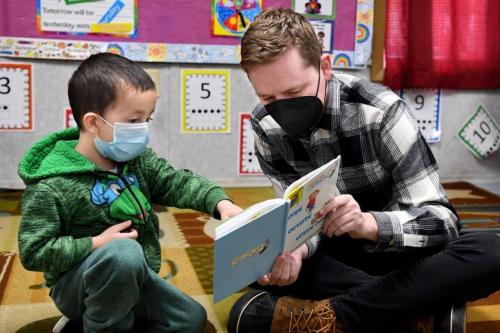 Widener nursing secured a $1.6 million grant over four years to implement Project PRIDE, a program-led initiative to create a workforce that is reflective of the patients and communities served by diversifying the nursing student population.