Newly naturalized U.S. citizen Dimple Gandevia ’23 ’24 has found her place at Widener, where she has emerged as a campus leader.

On the first day of her senior year at Widener, Dimple Gandevia ’23 ’24 received notice of an exam.

The test had nothing to do with her major in robotics engineering or any of her classes at the university. But this test was an important one – one she had been waiting seven years to take.

In 2015, Dimple immigrated to America with her family from India. Although a permanent resident of the United States since age 14, she wanted to become a citizen and waited the required five years before applying to take the citizenship test.

Finally, as her senior year at Widener was getting underway, and as her schedule as a new student orientation leader was keeping her extremely busy, she found herself studying a couple hours a day for a week for one of the most consequential tests of her life.

Dimple opted not to tell many people on campus what she was doing. “What if I don’t pass? I was so nervous,” she said, though she did inform her professors she’d miss class to take the exam in Philadelphia. But they “were so supportive,” she recalls.

In the end, her fears of failing were unfounded. Dimple aced the exam and officially took the oath, becoming a naturalized U.S. citizen in October.

“It just felt good to be able to call myself a citizen,” said Dimple.

Widener is definitely like a home away from home. I spend a lot of time here, so I’ve gotten used to the environment. It’s very comfortable and everyone here is really nice. — Dimple Gandevia '23 '24

At Widener, Dimple is president of the Pride Activities Council, and serves as a C.R.E.W. Leader, helping new students acclimate to campus. She is also a Pride Mentor.

“My calendar is full all the time,” she said.

If that were not enough, Dimple also works as an assistant in the Office of Student Engagement and is a computer technician for the School of Nursing.

Being a student leader has “helped me meet new people, strengthen my communication and teamwork skills, and just be able to leave a mark here at Widener,” she said.

During her time at Widener, Dimple has adopted a “try everything” philosophy and encourages her classmates to do the same. “If there’s a club you’re interested in, then go to one meeting. College is about trying stuff out” and finding your place.

A mechatronics class in high school introduced Dimple to the world of robotics and programming. The chance to join Widener’s relatively new robotics engineering program – the first of its kind in the region – led her to the university. She is now part of the 4+1 robotics engineering pathway, meaning she will complete her bachelor’s degree in 2023 and her master’s in just one extra year, in 2024.

“I am drawn to computer programming that can enable me to program something that gives you answers to a question or problem.”

One problem she’s helping to tackle is drone battery life, a constant issue for drone operators. For her senior project, she and her team are developing a rechargeable station and working to program a drone so it knows when it must return to the station for recharging autonomously.

As a robotics engineering student, Dimple has taken advantage of the opportunities to conduct cutting-edge research and to get real-world, industry experience. She did a co-op with LaFrance Corp., a firm in nearby Newtown Square that manufactures corporate branding components like logos and nameplates.

“At my co-op, I did electrical, programming, and mechanical work, plus research. And now that experience is helping a lot with my senior project,” she said.

Dimple has found support across campus, not just in her academic area, though she counts her robotics professors, Xiaomu Song and Daniel Roozbahani, as invaluable mentors.

On the student life side, Dimple has also found a trusted mentor in Jeanine Snow-Gephart, executive director of campus engagement and student programs.

“There are a lot of people around. Everyone at Widener is really helpful.” 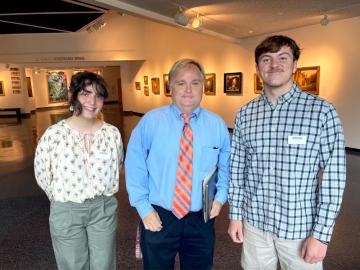 "There’s so much overlap with my majors. They’re interdisciplinary so they allow me to explore my passions, but I love the different perspectives they all bring." 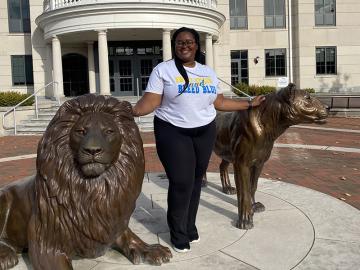 "“Political science and sociology connect in a lot of different ways. Seeing those connections and then also connecting that to my daily life has been super important.”" 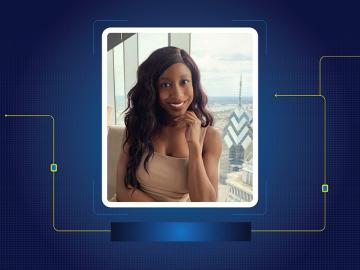 "I think that knowledge about sex education and human sexuality genuinely saves lives, so you shouldn’t try to hide it from people."