It’s easy to find the words to describe the success of Widener Pride Athletics this fall. Four teams made the playoffs, and both men’s and women’s cross-country teams competed in post season races. Women’s cross country not only won their first ever conference championship but made their first trip to nationals.

Widener student-athletes have spent countless hours training and practicing, balancing their athletic commitments with their academic ones. Each fall sport saw players rewarded for their efforts, with more than 25 individuals receiving conference honors or higher.

Behind each successful team was a head coach motivating and driving the squads. From this pool of leaders has come another history-making moment.

For the first time in Widener history, three coaches – Logan Stroman (women’s cross country), Donovan Anglin (women’s volleyball), and Ross Liberati (men’s soccer) – have each been named Middle Atlantic Conference coaches of the year in their respective sports in a single season.

These are also personal firsts for each individual coach, having never collected this particular piece of hardware during their coaching careers.

Stroman, Anglin, and Liberati are quick to applaud others, turning the spotlight away from themselves and on to the hard work and dedication of their student-athletes and staffs, the alumni who paved the way, the support they received from other Pride teams and coaches, and the culture within Widener Athletics.

“The culture within the coaching staff is we want to be successful,” said Liberati. “We’re at each of their games and we encourage our student-athletes to be at other teams’ games. And success breeds success.”

Entering his sixth season as head coach of women’s cross country and track and field, Stroman could see a perfect storm brewing for cross country. Individual runners were improving year-over-year – with the squad setting multiple school distance records – and a strong crop of leaders was emerging.

Added to the mix was Assistant Coach Mike Ambrulavage, who oversees the distance runners, who offered the perfect complement to Stroman’s coaching style.

Stroman and the team knew 2022 could be their season. And it was. The team won its first MAC championship in its 42-year history, went on to win the Metro Regional championship, and punched its first ticket to the NCAA Division III Cross Country Championships.

“For me these honors are a testament to the team, to the work they do, and to Mike. There is no assistant coach of the year honor but if there was, he would win it,” said Stroman.

Runner Gabby Nye '24 '26 was named MAC Runner of the Year, and Women's Athlete of the Year by USTFCCCA.

Stroman notes the support from other coaches and student-athletes during the team’s historic run. When training on campus, the athletes would run by Dixon Field, and other teams practicing on the pitch would stop and cheer for them.

“We’re excited to have a banner up in the gym,” said Stroman. “It’s been fun trying to rewrite or write our own history. We’re hungry for more.”

“More” may come sooner rather than later. The indoor track and field season kicks off in January.

When women’s volleyball concluded its 2022 season, which saw the team make it to the MAC semi-finals, Anglin scanned the list of conference honors looking for his players’ names. In his haste to find his athletes – of which there were three on the list – he missed his own name next to “coach of the year.”

“My heart skipped a beat. It was a shock,” said Anglin, who has led the women’s team for 18 seasons.

MAC Coach of the Year is voted upon by the coaches in the conference and Anglin called it “such an honor to be recognized by my fellow colleagues.”

What made this season stand out for Anglin was the hard work and dedication of his staff, assistant coaches Meghan Walton and Grace Sullivan, and the resilience of the squad. The team certainly had talent but dropped its first eight matches in all competitions.

“It takes more than talent to win,” said Anglin. “We had conversations at practices. We were not getting beat by teams better than us, but we were doing it to ourselves. The team showed how resilient they were and righted the ship. This award belongs to them just as much as me.”

Anglin is a 1993 Widener alumnus and was a standout, multiple-sport athlete for the university. He has fond memories playing for Widener and says coaching for the blue and gold is something special.

Like the other coaches, Anglin says the current volleyball team’s success is built on the shoulders of the players who came before.

“If wasn’t for what they did, none of this would happen,” said Anglin, who has heard from many alumni congratulating him and the team.

Anglin also coaches the Widener men’s volleyball team, which kicks off its season in January.

Like women’s volleyball, men’s soccer struggled at the start of the season. There were a lot of new faces on the squad and “we were trying to fit all the pieces together. We knew there would be bumps in the road,” said Liberati.

An 0-3 start tested the Pride, but the team bounced back, focusing less on mechanics and more on culture, and what it looks like to build a winning program. The team even set aside reflection time each day.

Soon the Pride’s fortunes began to shift, and the 2022 campaign turned out to be the most successful in program history.

Men’s soccer finished the season 11-6-2, falling in the MAC championship. It was the first conference championship appearance since 2008. With an extremely tough schedule, the Pride managed its highest winning percentage of all time, its first time hosting a conference match, earned a regional ranking for the first time, and the first time six players were awarded conference honors.

For his leadership, Liberati was named MAC Coach of the Year. But like Stroman and Anglin, points to the award as reflecting the hard work of the team, the staff, parents, and alumni who helped build the foundation for success.

“This award is very humbling. But the award is about the players, who are reflection of us,” said Liberati. “If the players didn’t model the behavior we’re modeling, we wouldn’t see this.”

With a focus on culture and support, Liberati has started a program within Widener Athletics called Coaches Helping Coaches, a sort-of roundtable for the various Pride coaches to come together, share their successes and struggles, and bounce ideas off each other. 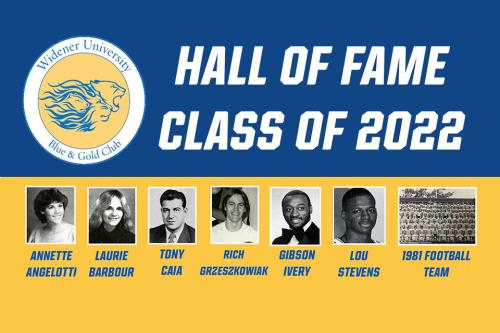 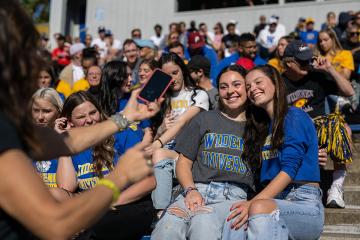 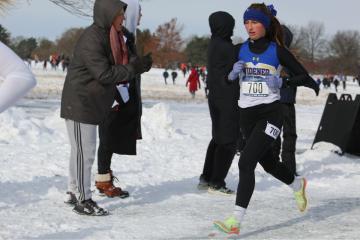