Widener Students Get Inside Access to New Hampshire Primary

The four-day whirlwind trip took the political science and communication studies students inside the presidential election as part of an experiential learning opportunity and interdisciplinary course. On the ground in New Hampshire, they attended events for eight presidential candidates, interviewed voters alongside national media journalists, including CNN anchor John King, reported live to students on campus, and championed political engagement among young voters.

“People sometimes view America as divided politically or think we don’t have a voice in the process, but in New Hampshire, I realized there are a lot of people who have a strong desire to unite the whole country,” said junior Lindsey Cooper, a communication studies major. “I can bring back to my friends, my family and my classmates at Widener the idea that we do have a voice and we can stand up for what we believe in.”

The trip is one of many ways Widener University engages students in the political process and applies classroom knowledge to real-world scenarios. The Political Science Department emphasizes being an informed citizen and learning through advocacy, while the Communication Studies Department offers industry experience and professional production facilities for a variety of mediums.

"Our goal is to provide students with experiences that bridge theory and practice,” Corbo said. “We can certainly talk about elections or spend time studying a candidate. This, however, pales in comparison to remembering what a candidate said when he or she made eye contact with you. Students now know what a career in their chosen field looks like and feels like.”

Heavner, a junior political science major, said talking to voters at these events gave him a different perspective on political engagement.

Following the 2016 election, many people thought voting was declining and people were fed up with our democracy, but my biggest takeaway from this trip is that people really do care. It is very inspiring to see that firsthand. — Jack Heavner

In addition to interviewing voters at events, the students were themselves interviewed by NBC10 and WDEL radio. They also shared their experiences on social media via #WUinNH and called into political science classes on campus.

On Feb. 11, after polls in New Hampshire closed, the students did a live video chat with a group of students watching primary results in University Center Webb Room. The watch party, led by Professor of Political Science Jim Vike, was also an opportunity for the on-campus students to engage in the political process and discuss the issues most important to them.

Freshman Matt Nolan attended the watch party and said it was good to hear his peers’ thoughts on what they consider the biggest issues facing the country. Their discussion group spent a lot of time talking about gun rights and gun control, and health care. The event video chat with Widener students in New Hampshire added a great deal of extra information about the primary night experience.

“They got to tell us about everything they were seeing, being in the different state,” Nolan said. “All in all we got more information from them and instant feedback on questions we had. I think it was productive, just getting more information.”

In all, the trip gave the students a new take on political engagement.

“I’ll never again be an unengaged voter,” said Beggs, a senior communication studies major. “My experience from the New Hampshire primary has expanded my political knowledge and made me think about my own voice and my own political opinions.” 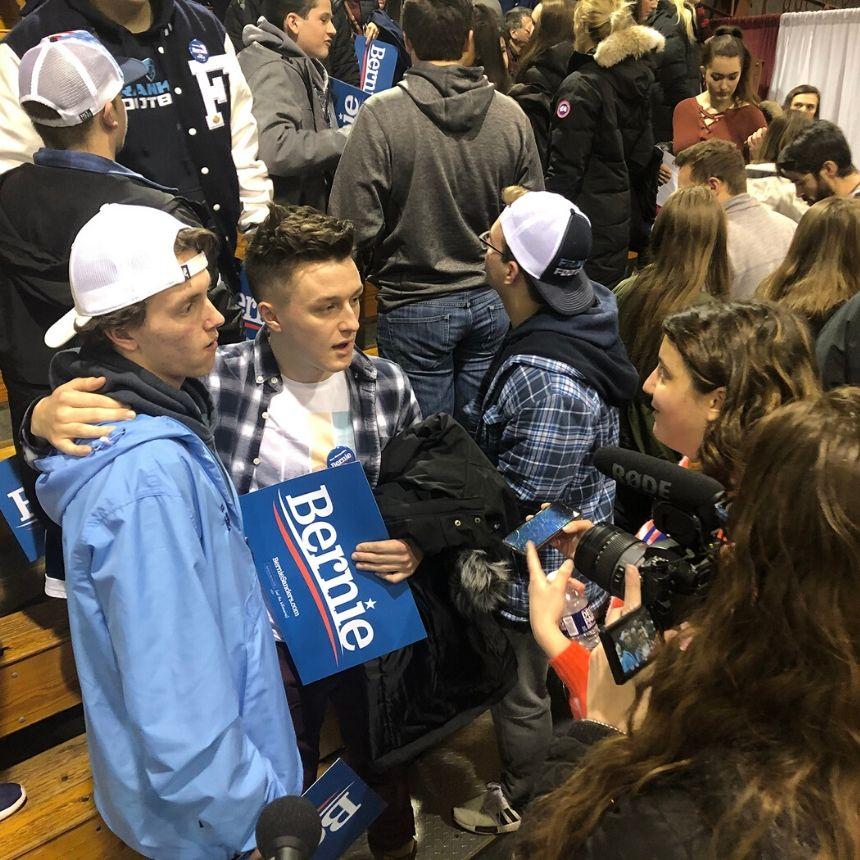 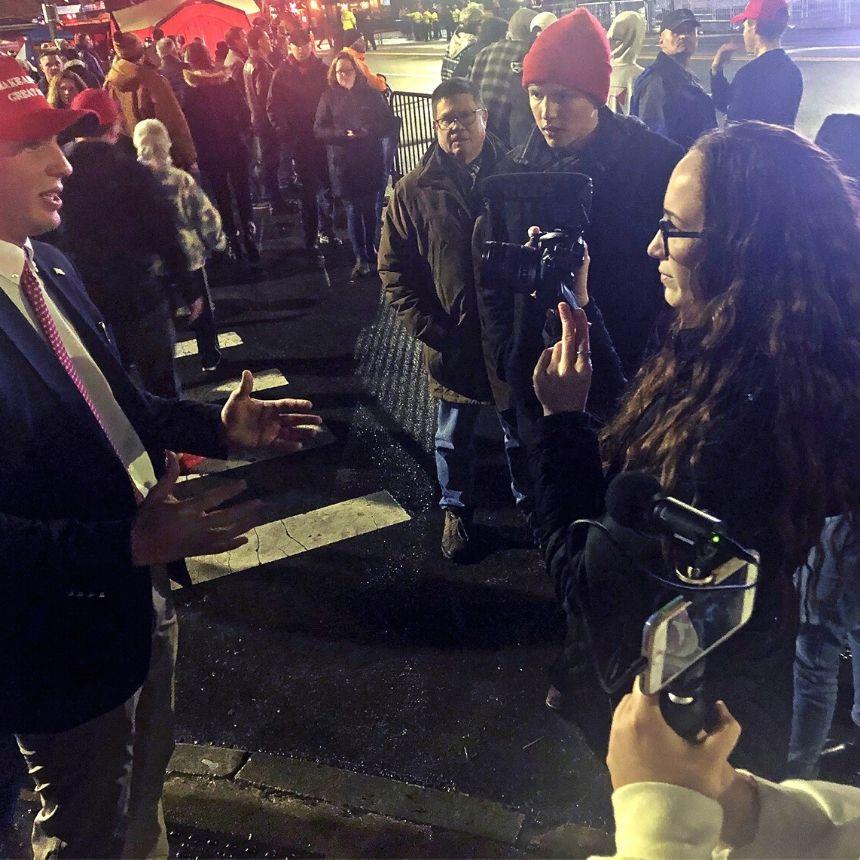 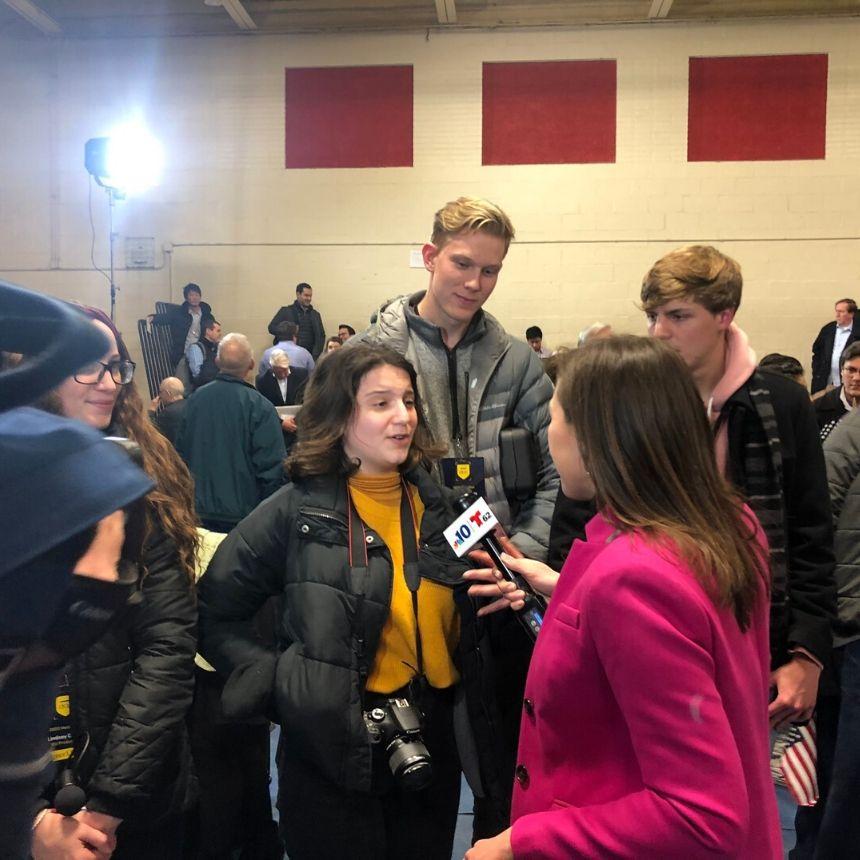 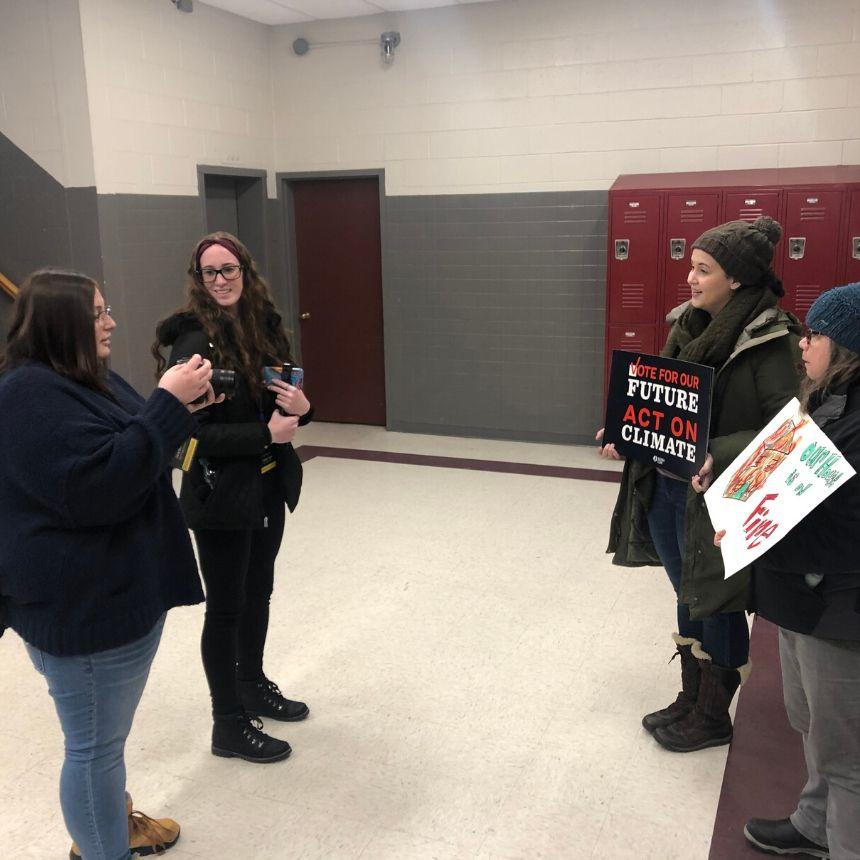 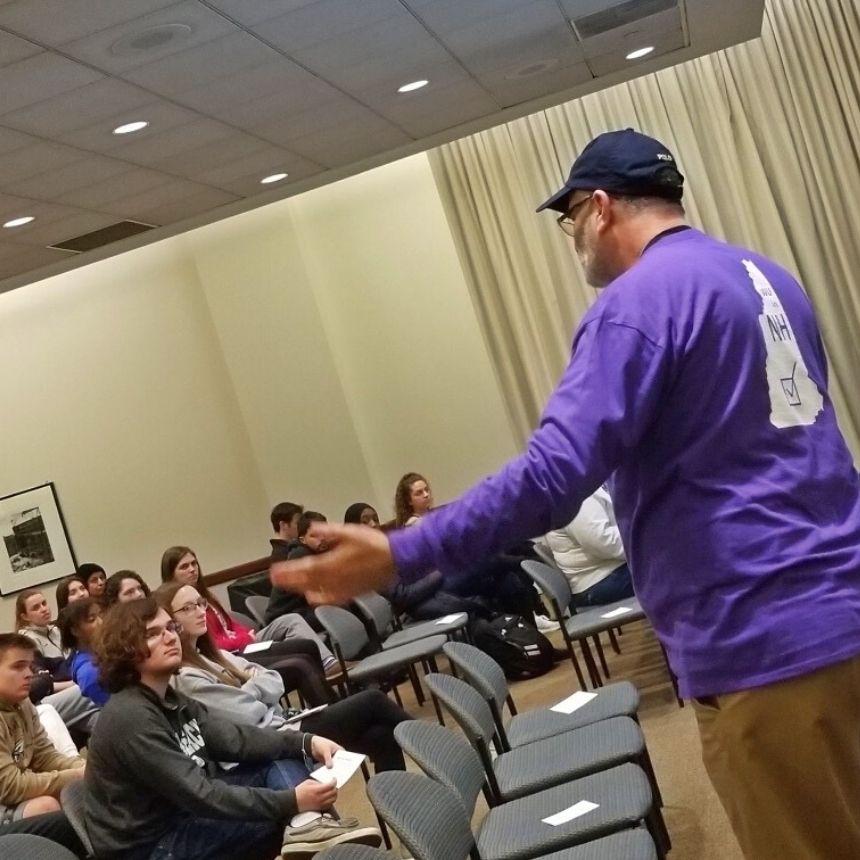 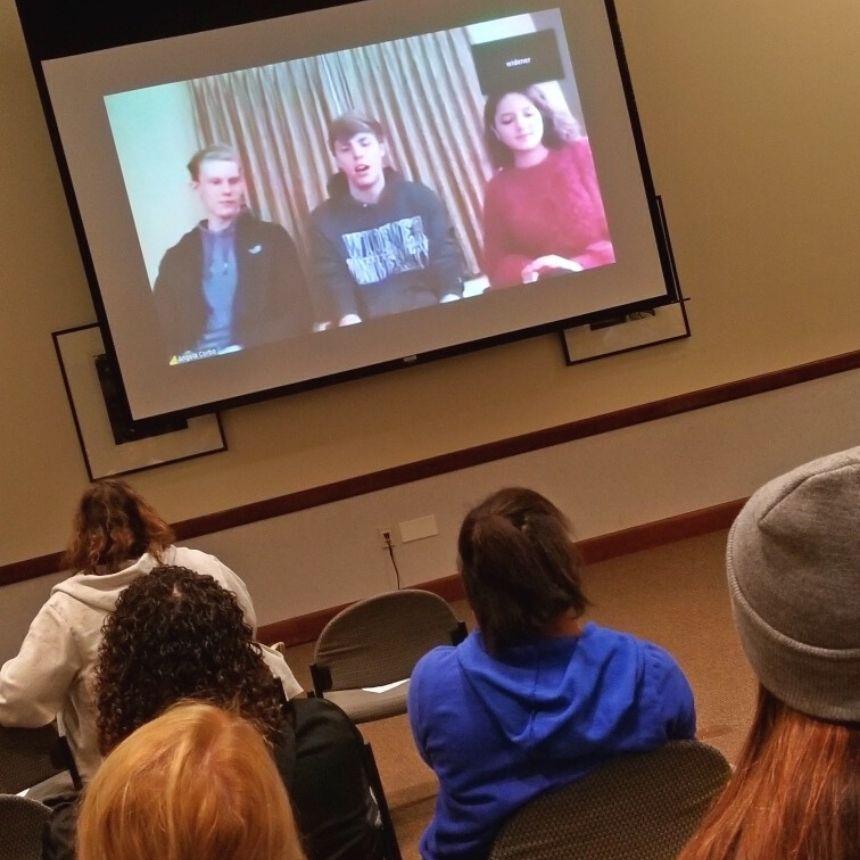 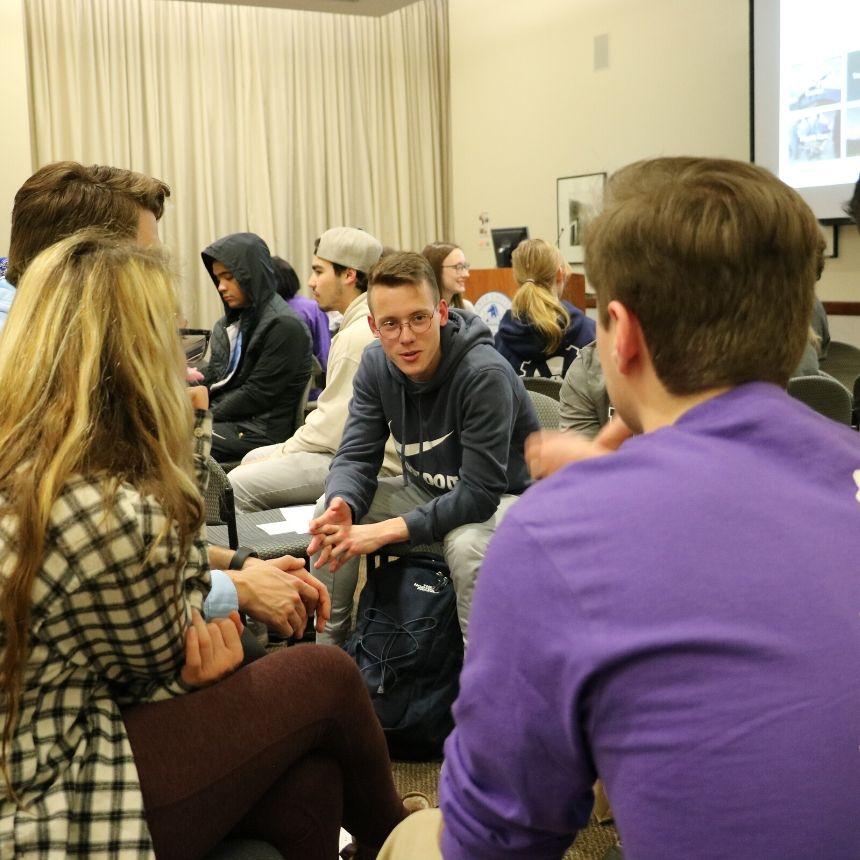 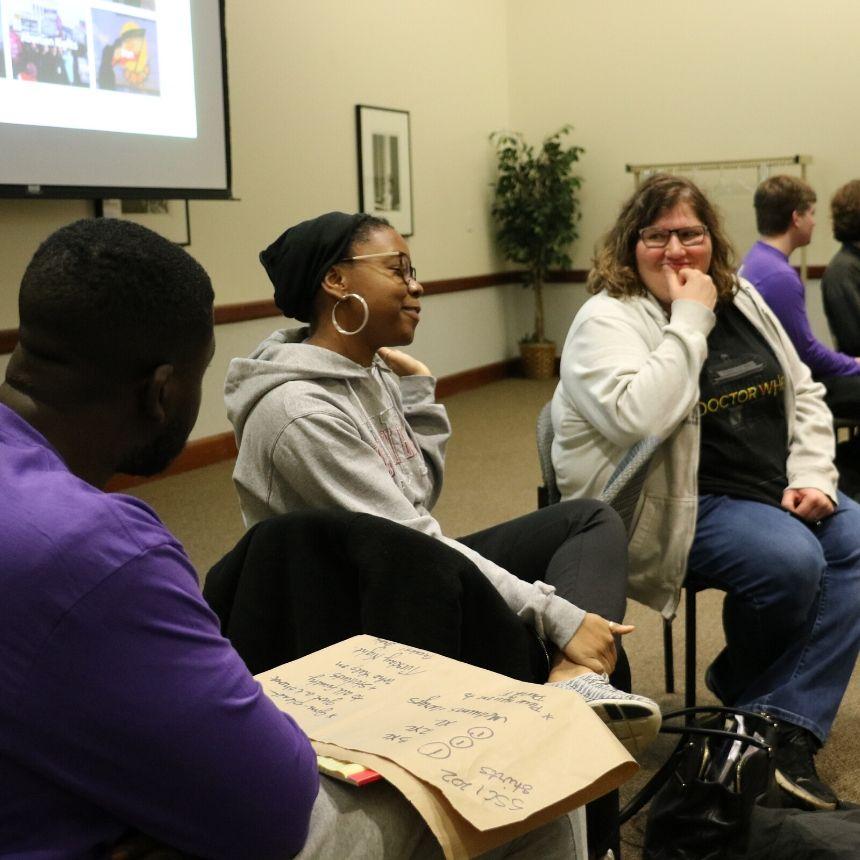 New Sport and Event Management Major is “Huge for Students”

The Widener University School of Business Administration launches a new major in sport and event management to give students the opportunity to work one-on-one with industry leaders from major Philadelphia sports teams and event venues. President Julie Wollman welcomes faculty, staff and students to the start of the spring semester.