As the nation pauses to remember Martin Luther King Jr. and his commitment to a more just world, Widener University has taken multiple opportunities to explore his legacy in the days surrounding this national holiday.

Despite a pandemic that has temporarily limited our ability to gather in person for large special events, King’s values and teachings continue to echo through all we do.

At a university guided by the ethos “We’re All Widener,” we salute King on this day of remembrance and recommit ourselves to working toward diversity, equity and inclusion.

In that spirit, Widener is proud to note these university developments happening around the holiday, which complement King’s vision.

They include a series of online events and conversations planned by the Center for Civic and Global Engagement over the holiday week, including “Socially Speaking” a conversation at 3 p.m. today with Richard Cooper, co-coordinator of the African American Studies program and Associate Professor Marina Barnett, about the current state of racial and social justice in America and the city of Chester, and a zoom conversation Friday, Jan. 21 at noon to discuss what being a change agent means. The Office of Student Engagement and Multicultural Student Affairs are also contributing to the events.

Students M’Nya Preston and Madison Smith, will publish an opinion piece this week in the Chester Spirit newspaper about an ongoing project centered on history and civil rights that will bring a historic walking tour to campus this spring. The juniors became interested in the civil rights history of the Chester area during a course taught by Assistant Professor Jordan Smith last year.

The five-stop, self-paced tour will delve into significant historical moments and figures, such as the 1964 civil rights protests near Providence Avenue, and Pennsylvania Military College chemistry student Walter Bryant, one of the few African-American students attending the college, and who was beaten by police for his activism. Each stop will include a plaque with a QR code, so anyone on the tour can scan their electronic device and open content Preston and Smith compiled through their research: oral interviews and first-person accounts, historical documents, voice re-enactments, and even video clips.

President Julie E. Wollman and Chief Diversity Officer Micki Davis will facilitate a Common Ground discussion today that considers King’s ideal of the inclusive Beloved Community. They will look at how institutions might consider all the perspectives represented in a university community when deciding whether to issue a public statement after an unfortunate or tragic event that occurs in the world outside their campuses, as well as what community expectations for such statements might be.

Wollman’s Common Ground Initiative, launched in 2017, is a series of small-group discussions she leads with Davis throughout the academic year that engage the Widener community in challenging conversations that explore differences in open and respectful ways.

Shaun Harper, one of the nation’s most highly respected racial equity scholars, spoke to the university community about his work leading the Race and Equity Center at the University of Southern California.

He reported on results of campus climate surveys of college students and employees conducted by the center nationwide, and provided a list of strategies institutions can follow to advance their commitment to being antiracist.

His presentation on Jan. 14 was part of the Beideman Visiting Scholars program, which brings world-class speakers and scholars to the Widener campus on an annual basis to stimulate discussions on current and pertinent theories and practices related to leadership development and the effective exercise of leadership. The program was made possible by a generous gift from Paul Beideman, chair of Widener’s Board of Trustees, and his wife, Caroline.

A newly endowed award made possible by a $100,000 campaign gift from President Wollman will establish the Wollman Award for Diversity, Equity and Inclusion this spring. Announced at the Beideman Visiting Scholar lecture, the cash award will be given annually to a faculty or staff member who advocates and effects change in support of diversity, equity and inclusion.

Paul Beideman, who announced the award before Harper’s lecture, said it will be a significant part of Wollman’s legacy at Widener, as “she has been a champion of diversity, equity and inclusion throughout her time here.” 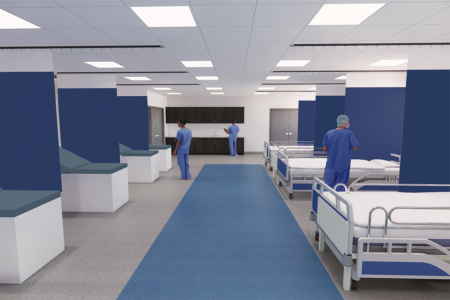